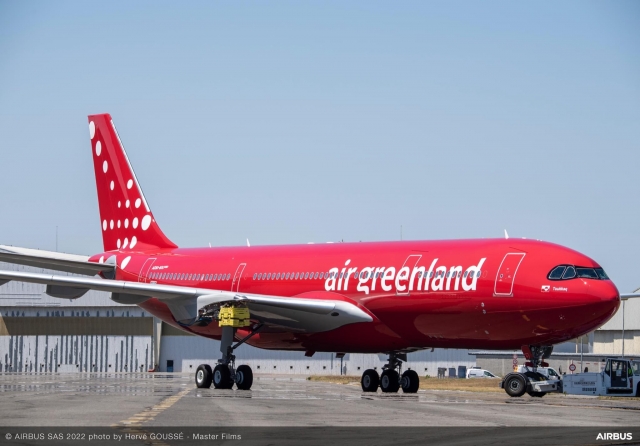 On 3 August, the first (and probably only) Airbus A330neo for Air Greenland emerged from the paintshop at Toulouse-Blagnac. The aircraft, an A330-800, is currently registered F-WWCR (msn 2020) and will become OY-GKN. Delivery is expected at the end of this year or early next year.

Air Greenland announced the order for a single A330neo back in December 2020 and will use the new wide-body to replace its current single A330-200 OY-GRN (msn 230), which is almost 24-years old.

The airline mainly deploys its wide body on the route to Copenhagen-Kastrup but it sometimes pops-up at other airports during charter flights.