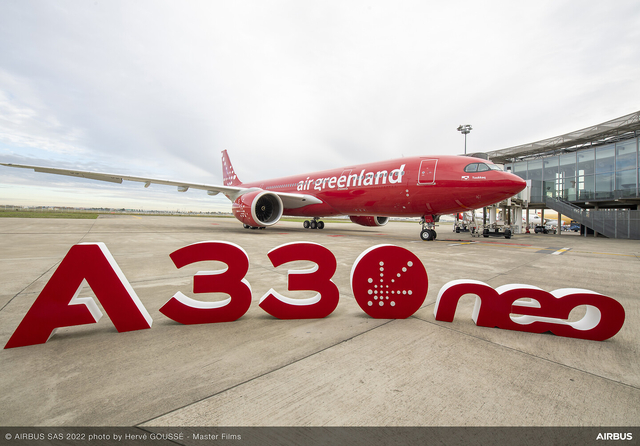 Air Greenland takes delivery of its A330-800

On 7 December 2022, Air Greenland took delivery of its brand new Airbus A330-800. The aircraft OY-GKN (2020), was handed-over during a ceremony at Toulouse-Blagnac and subsequently left its birthing ground for the airline's base at Kangerlussuaq. It's named Tuukkaq, which is Greenlandic for "harpoon head".

Air Greenland will use its new widebody to replace its current Airbus A330-200 OY-GRN (230), which is over 24 years old already. It will mainly be used on the route between Greenland and Copenhagen.

The airline is joining a very select group of airlines operating the A330-800 as only Kuwait Airways (four aircraft) and Uganda Airlines (two aircraft) have it in their fleets. Together with the prototype, a total of eight A330-800s have been so far produced, making it quite an unique type to spot.