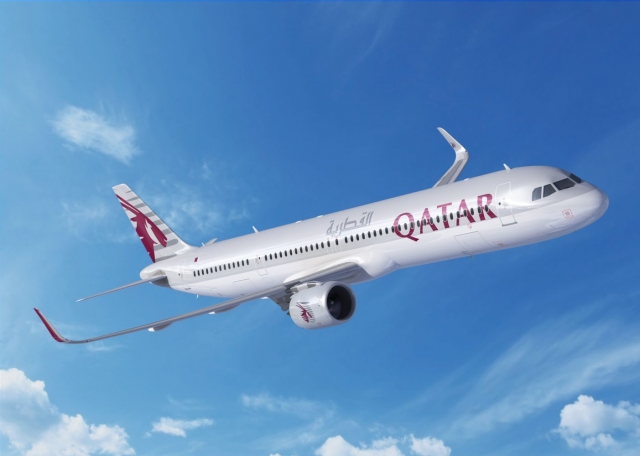 In an unprecedented step, Airbus has taken the decision to cancel an order Qatar Airways had with the manufacturer for 50 A321neos. In a short statement the company said "We confirm we did terminate the contract for 50 A321s with Qatar Airways in accordance with our rights."

The move comes as Qatar Airways and Airbus are in an escalating dispute regarding the grounding by the Qatar Civil Aviation Authority of thirteen Qatar Airways A350s that are suffering from accelerated surface degradation of its composite fuselage at the tail-section. As a result of that grounding, Qatar has paused taking deliveries of new A350s and is demanding that Airbus fixes the root-cause of the issue as the aircraft are, according to them, unsafe.

Airbus, in their turn, says the issue with the paint is purely cosmetic and doesn't impact the safe operations of the A350 and that the airline is deliberately stating "mischaracterizations of non-structural surface degradation”.

News agency Reuters has done an extensive research in the matter and reported that next to Qatar Airways, four other airlines (Cathay Pacific, Finnair, Lufthansa and Singapore Airlines) also reported surface degration but that these airlines and their civil aviation authorities are also saying that these issues don't impact the safe operation of the aircraft and are purely cosmetic.

Despite this, Qatar Airways has said the relationship with Airbus has been completely destroyed and that they don't expect to be ever able to do business with them again. The airline has also filed a law-suit against the manufacturer in the UK High Court in which it seeks a 600 million USD compensation for damages. The first hearing in this matter is scheduled in April.

And now it seems Airbus taking the next step in the conflict with Qatar Airways by canceling their order for 50 A321neos, which were planned for delivery from 2023 onwards and were meant to replace the airline's current fleet of 29 A320s and three A321s. Reuters is reporting that it expects the airline will protest the decision by Airbus.