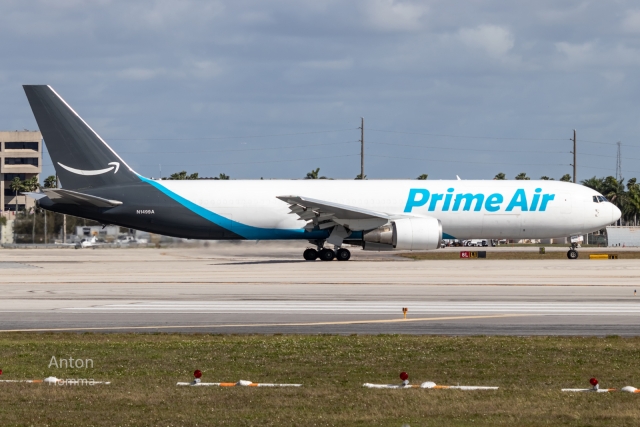 According to Bloomberg, Amazon is searching the market to acquire ten A330-300s and an unspecified number of B777-300ERs which it then plans to convert into freighters. The plan is then to place the aircraft with various carriers which will operate them for the e-commerce giant.

Currently, Amazon Prime Air has a fleet of 75 aircraft, consisting of 23 B737-800BCFs (operated by ASL Airlines Ireland, Southern Air and Sun Country Airlines), and 52 B767-300ERBCF/BDSFs (operated by Air Transport International, Atlas Air and CargoJet). The company is also set to introduce at least four ATR72-freighters which will be operated by Silver Airways.

Posted by Airbus Deliveries at 19:16